Brett Stamp has done it all in his ten years with Ranger Drilling: Offsider, Senior Offsider, Relief Driller, Driller, Field Supervisor… then in March of last year, he was promoted to Operation Superintendent, hanging up the regular FIFO stuff to join the team in the Ranger Drilling head office.

Thinking back to his first day as a driller’s offsider, Stampy remembers, “I got on a little six-seater plane and flew to a place called Tropicana, out in the Goldfields. I’m pretty sure the supervisor didn’t even know I was turning up.

“I did my inductions and then went to Rig 2, which was broken down all day and pretty much the rest of the swing. I remember feeling a bit intimidated with the equipment and environment, but I was working with a good senior offsider who showed me the ropes.”

A lot has changed since the early days. Brett listed some of the ways we’ve evolved as a company. “We’ve gone from shirts & shorts to long pants & sleeves rolled down; caravans to mine sites; and yard parties to Crown parties.” Other changes include the last year of being based in the Rander Drilling Perth office, “Sit down desks to stand up desks.”

Over the last decade, Ranger’s team has grown to become known as one of the safest and most reliable in the industry. The fleet has evolved too, with Rig 16, 17 and 18 being commissioned in 2019 and various high-tech advances implemented on site.

“I think Ranger is very open-minded when it comes to technology, innovation & people, so it’s exciting to think of the possibilities or opportunities that await in the future.”

He’s made some good mates here too. Brett is renowned for his Webber abilities, sense of humour and MMA ‘abilities’. Fellow 10-yearer Ronnie remembers prank calling a Fitter early in the morning with Brett’s fart recordings. Andy and Matt won’t forget his beer-laden Brazilian Jiu-Jitsu demonstration any time soon.

And while he is more of a beer bloke, we reckon Stampy has matured like a fine wine during his time at Ranger. His time working on the rigs has helped him become more patient and better able to deal with high-pressure situations.

His advice to anyone starting in the industry: “Keep an open mind, work hard and give it at least six months before snatching it.” 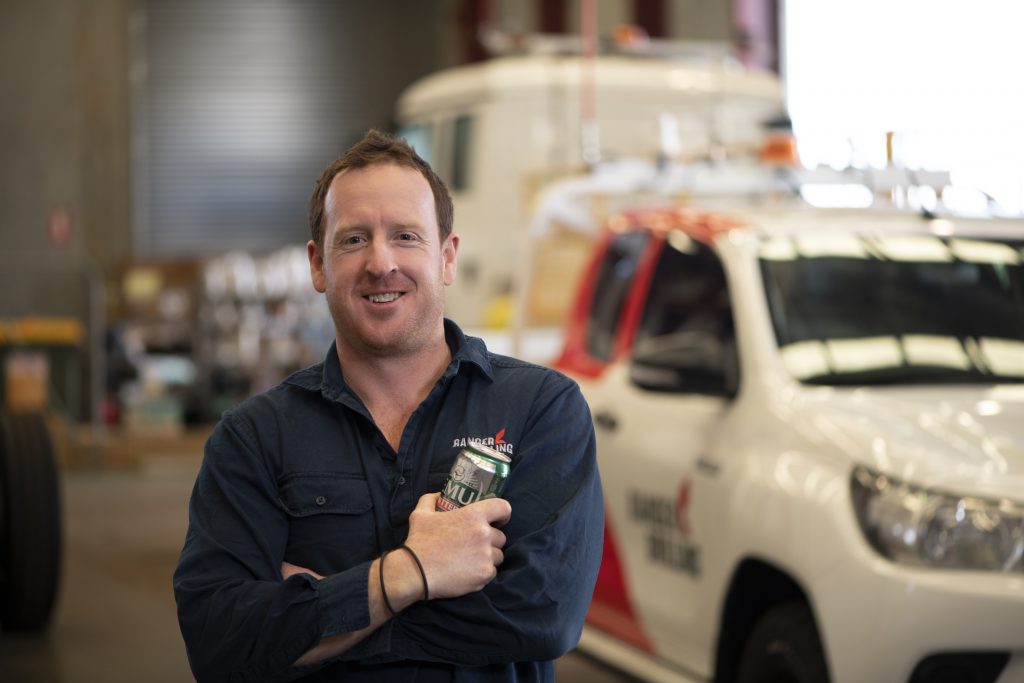 Brett Stamp has done it all in his ten years with Ranger Drilling: Offsider, Senior Offsider, Relief Driller, Driller, Field…

Brett Stamp has done it all in his ten years with Ranger Drilling: Offsider, Senior Offsider, Relief Driller, Driller, Field…